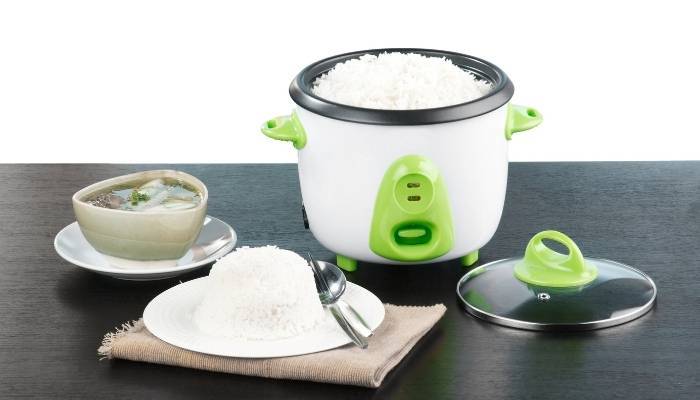 If the title has impelled you to read this post, chances are you may have bought a new rice cooker. It doesn’t need much explanation of how useful a rice cooker is, since we already know about its uses. Now you might be wondering how much this magic appliance will add up to your electricity bill? Well, it depends on a few factors including how many watts does a rice cooker use.

How Many Watts Does A Rice Cooker Use

For example, we have been using a rice cooker from a Chinese brand for a few years which have the specifications written in Chinese letters on the packaging box.

So, how can I determine the wattage specification of my rice cooker? Use the model number and search it online! That’s how we got ours. You can also check it on the manufacturer’s website, which worked for a lot of people.

If you want a gross idea of the wattage specification of a rice cooker, it’s pretty much similar for most of the rice cookers.

Most of the rice cookers have a wattage specification of 400-500 watt, where some of them can be even more than that if it’s a multi cooker.

For example, a 8 quart Instant Pot Duo has a whopping 1200 watt, in order to manage its various cooking options. 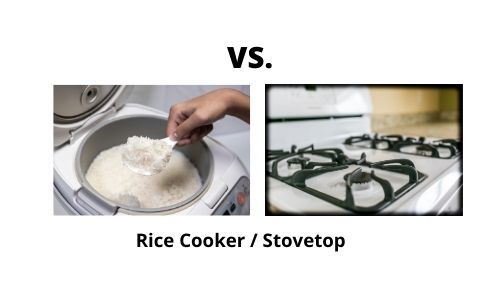 Rice Cooker Vs Stovetop: Which One Is Cheaper To Use?

Now the question is which method would be more cost-effective for cooking rice? Stovetop or rice cooker? Well, the answer is obviously a rice cooker. A stovetop consumes up to 3 units of electricity each hour.

On the other hand, a simple rice cooker consumes 0.4-0.5 unit of electricity per hour. This is even less than the electricity consumption of a multi cooker, which is around 1 unit per hour.

So, cooking rice in a rice cooker is far more cost-effective than a stovetop. If you’re worried about your electricity bill, a rice cooker will be there to cut that short right away.

Although the best way to pull that off would be buying a multi cooker. That way it will hold back the high electricity consumption of the stovetop for any type of cooking. 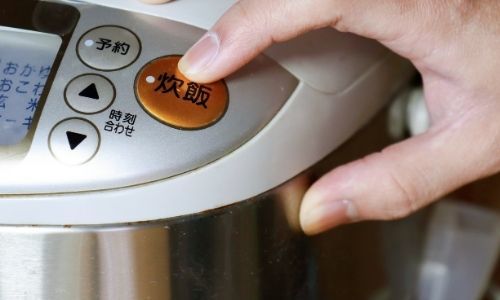 Does Warm Mode Consume Less Electricity On A Rice Cooker?

One of the most anticipated questions about rice cooker electricity is whether the warm mode consumes less electricity than the cooking mode. Well, the answer is pretty complex, it mostly depends on the rice cooker models and specification.

In some smart rice cookers, it has a complex circuit mechanism for multiple cooking options. These rice cookers often have a built-in timer. Plus some of them even have a “Sleep mode” which effectively consumes less electricity.

In that case, the warm mode will also happen to consume less electricity than the cook mode. On the other hand, the simpler models have a rather simple circuit mechanism.

It works by supplying a constant amount of energy from the moment it has been turned on. So the Cook mode and the Warm mode actually consumes equal amounts of energy. 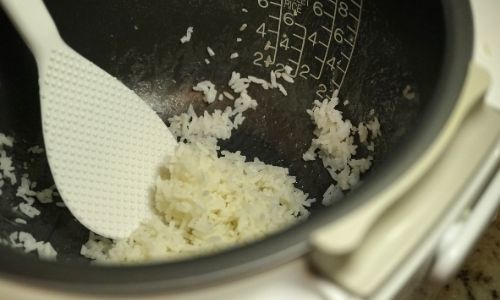 Does The Electricity Consumption Of A Rice Cooker Depend On The Amount Of Rice?

Another common question that people often ask is if a rice cooker consumes the same amount of energy regardless of the amount of rice. The answer to this question is, no, the electricity consumption will solely depend on the time that the appliance spends to cook the rice.

Plus, if you want fluffy rice, you need to completely dry out the water, which will take a longer time than usual. So it will definitely consume more energy than a smaller amount of rice.

I hope this article has provided you enough information on how many watts does a rice cooker use.

Rice cookers consume way less electricity than stovetop, so you should think of using your rice cooker more often. Then enjoy a curtailed electricity bill and save up more. Happy cooking!