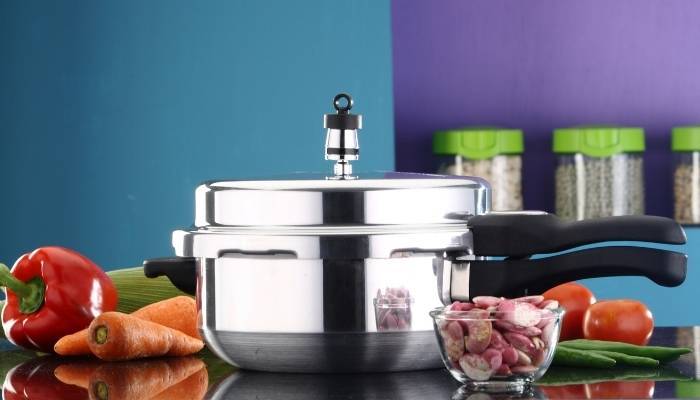 There’s nothing worse than a burnt bottom on your pressure cooker. The stuck food on the pot takes forever to clean. Plus, it’s pretty inconvenient to keep an eye on the food since it’s a sealed pot. Then how to stop pressure cooker burning on bottom? If you’re also looking for the answer, read on—

How To Stop Pressure Cooker Burning On Bottom

Most people think that the only reason for a burnt bottom on the pressure cooker frequently is inadequate liquid. It’s partially true, an insufficient amount of liquid in the pot aggravates the chance of burning the food.

But it’s not the only reason, there are also other reasons like thin bottom, missing of a nonstick coating or even the type of food.

In order to avoid such incidents, you need to make sure of a few things. We have got some excellent ideas to save your food. So, let’s check out the ideas— 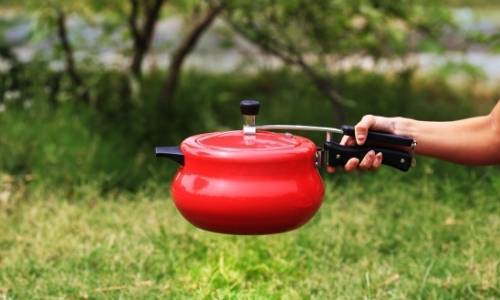 Although there are other reasons for the pressure cooker getting burnt on the bottom, the main reason is not having enough liquid. When the cooker doesn’t have enough liquid in it, food tends to bind with the bottom of the pot. And that’s when the food starts to burn.

So, you can tell adding an adequate amount of water may solve this problem. But that doesn’t mean you’ll pour in a large quantity of water. Too much liquid may eventually affect the texture of the food.

That is why you should add only sufficient water to finish the cooking on a good note. Now the amount of water will depend on your cooking time. Add plenty of water if you’re intending to cook with your pressure cooker for a long time.

Now, how can I tell my pressure cooker is running out of liquid? Simply put, the pressure cooker will start to whistle more frequently. Because the only thing left after vaporizing the water is the steam, which will try to escape more quickly.

You can also sense a burning food by getting a burnt smell. Whenever you get it, rush to the stove immediately and turn off the heat. This is also an excellent idea for saving your food from burning, so make sure to keep your nose alert! Another way you can stop food from sticking to the pan is by keeping the heat low. This is important, high heat is the main culprit for causing all the mishaps. Plus high heat facilitates food to bind better with the bottom. So either way, you don’t stay away from heat as much as you can.

Keeping the heat low ensures two benefits. The first one is obviously preventing rapid liquid loss. Hence holds back the food from burning.

And the second one is saving electricity. If you bring the heat down after the food comes to a boil, it takes as much time as high heat. Moreover, it consumes less energy than before.

Also, cooking on low heat ensures a better texture & flavor. So make sure to go slow with your pressure cooker and keep the heat low. That way, you will attain a better result from your cooking.

Use A Thick Bottom Pressure Cooker

A thin bottom pressure cooker is also another reason for burning your food. A thin bottom transfers the heat right to the food, making it burn. Plus it doesn’t distribute the heat evenly.

But with a thick bottom pan, the food doesn’t get too much heat. So there are fewer chances of the food getting burnt. Plus it will keep the food warm for quite a long time.

Use A Nonstick Pressure Cooker

Well, a nonstick pressure cooker is the safest way to prevent the food from sticking to the pan. So you won’t have to think about cleaning the burnt base ever again. There are many pressure cookers that have a nonstick coating. 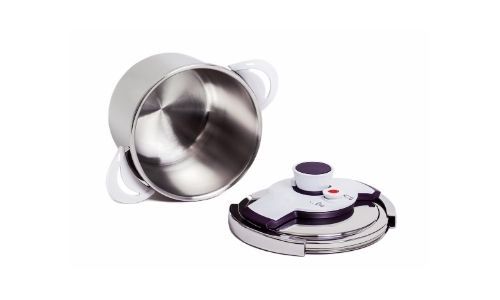 How To Use A Pressure Cooker Safely

Other than bursting, cooking with a pressure cooker gives rise to several situations like spilling, loose gasket, failure to build up pressure, etc. Don’t get bummed out already, you can avoid these problems by ensuring the proper use of your pressure cooker. For your convenience, we have listed out some tips & tricks to use the pressure cooker safely.

So let’s get started—

One of the main reasons for an exploded pressure cooker is a clogged valve. The valve is the most important part of a pressure cooker. Because it holds the pressure and releases it when it becomes too much.

A valve can be clogged because of food or other stuff. So you have to check the valve to see if it’s working properly. If you’re using a stovetop pressure cooker, you can even check its function by manually releasing it for once.

If you use an electric pressure cooker, there can be two types of valves. The first one is the pressure release valve, which we release after cooking. And the other one is the floating valve, which lets the steam escape in case of extreme pressure or temperature situation.

You should check if all of these valves are functional. Otherwise, it may lead to either an accident or a dysfunctional pressure cooker. So you must be careful about it.

Use An Appropriate Gasket

A pressure gasket is a thing that ensures a proper seal in the pressure cooker. It should wrap around the lid tightly so that no steam can escape from the cooker. Without a functional gasket, your pressure cooker won’t be able to pressure cook your food.

A loosened up pressure gasket is a very common scenario for those who own a pressure cooker. It can suddenly become loose because of losing its elasticity. When you face this type of situation, you obviously have to change the gasket.

Now a question may arise, how do I change my pressure cooker gasket? Well, the answer is simple, get a gasket according to the size of your lid. You can easily find it online or buy from the manufacturer.

Now that you have checked the valve and gasket, it’s time to pour in the food. Now one of the most common mistakes that we make while using a pressure cooker is overfilling it. We often fill up the pressure cooker way over its limit.

The standard practice is to keep the upper one-third empty. So that it can keep enough room for the steam. Now if you have a smaller pressure cooker but a large family to feed, you have to do multiple batches.

You can prevent all this frothing & spillage by maintaining a low heat. Because at low heat, the food doesn’t have a rolling boil that creates the froth. That way you can potentially prevent the spillage and save your kitchen from getting messy.

But you should not try to force open the pressure cooker. Because it creates a complete seal with the pressured steam.

Trying to force open the pressure cooker often damages the gasket and the valve. Plus it will waste even more time than releasing the valve. Because no matter how hard you try to open the cooker, it’s all going to be in vain.

Cleaning your pressure cooker is also an important step to ensure the safeguard of the pressure cooker. Because the valve and gasket can contain food deposits that clog or dysfunction these sealing elements. Plus it might be harmful to our health by facilitating food poisoning.

So there you go, we hope now you found the answer to how to stop pressure cooker burning on bottom. There is no alternate for maintaining these safety measures while cooking with a pressure cooker. So don’t skip these tips & tricks and pull off every recipe with your pressure cooker. Happy cooking!